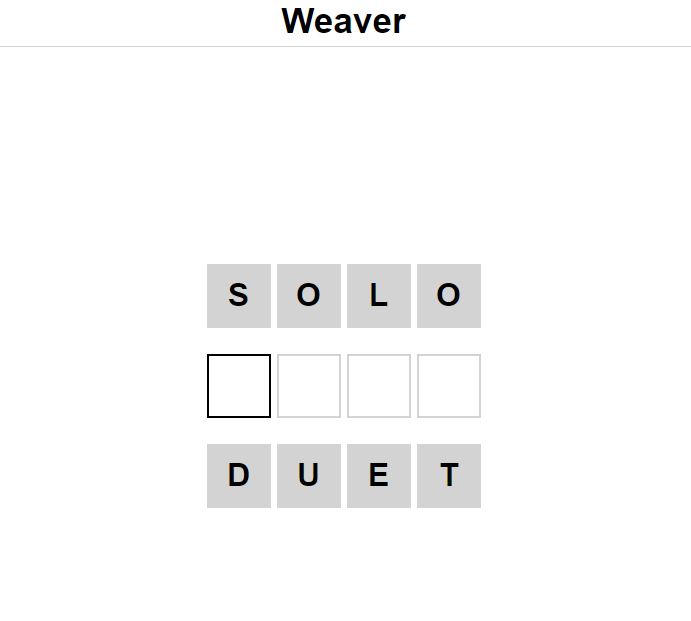 Wordle served as the inspiration for the game Weaver. The challenge here is to deduce a 4-letter word from the given word using only the clue provided. A given word can only have one of its characters changed in order for it to be transformed into a new word. Continue playing the game until the very last word is discovered. In addition, Weaver has a mode that can reset or restart. The gameplay of the new game is based on the gameplay of the original game, but the addition of multiple game modes and new gameplay makes it more enjoyable for many players.

We anticipate that you will take pleasure in playing this game. Additionally, you may also make reference to the game known as Foodle. Have some fun!

Use a mouse or touch screen to play.