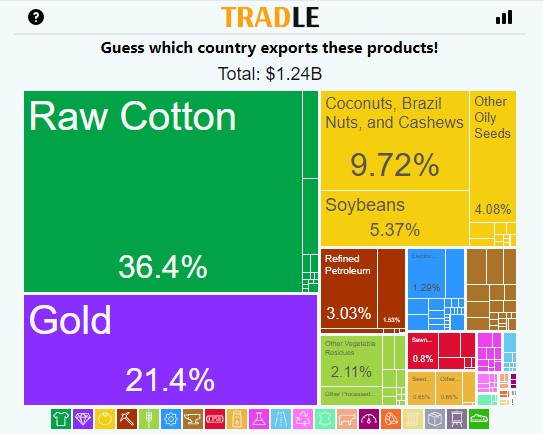 Tradle is a game where players guess the name of the country based on the treemap on which they are shown. In addition, just like with Wordle, your guess will also serve as a hint, and the player will have a total of six chances to pick the right country.

Each guess needs to be a real nation, territory, or other such location. Following each guess, you will be provided with information regarding the distance, direction, and distance between the country you guessed and the target country. You will only be able to play once per day. However, there is a game mode that allows you to play unlimited tradles and allows you to play as many times as you like when you are playing in incognito mode.

Do you consider this to be a difficult task? As someone who enjoys Wordle and all of its versions, we can confidently say that this game is well within my reach. We really hope that this place is enjoyable for you!