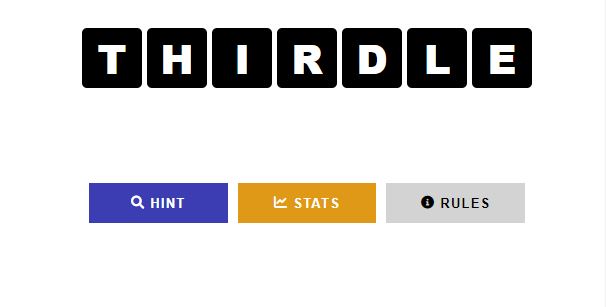 In the game known as "Thirdle," players have three chances to correctly guess a three-letter word. This is a Wordle game that has been branched off into its own separate entity. You think it's going to be really simple, right? In point of fact, no!

This is a free game that doesn't have a lot of complicated features and is easy to get into. It is important to keep in mind that you only have three chances to guess one word. There is a possibility that some letters will appear more than once. Each letter has its own set of hints that are completely separate from the others.

After the player has completed the game for the day, Thirdle gives them the opportunity to start a new game and play it again. After completing your daily third, all that is required of you is to go back and tap or click on the free third when it becomes available.

This game and Sedecordle are both sure to be a lot of fun, so don't miss out!