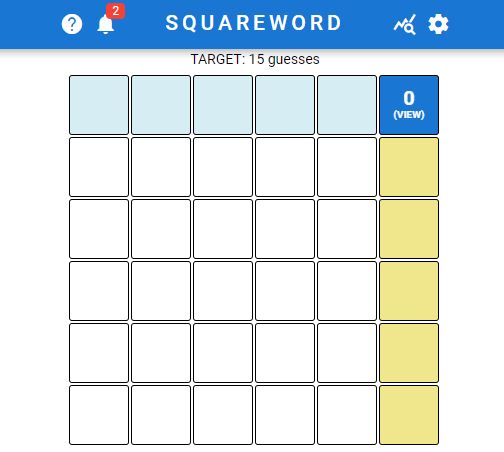 The game Squareword is a spin-off of Wordle in which players must solve a daily word puzzle in two dimensions. Although the game has the same objective as Wordle, players can choose from a variety of gameplay modes. It requires making educated guesses at five letter words that are valid in order to uncover the hidden block of words.

The word square puzzle will indicate when it has been solved, but only if you fully comprehend it. After that, it will give you the option to share it on the social networks that you belong to. In daily mode, it can only be played once per day, but in random mode, it can be played an infinite number of times.

The fact that you only have 15 chances to solve this word puzzle's challenge has contributed to the game's rise in popularity, both because of how easy it is to play and how difficult it is. If the user is successful in deciphering the clue, they will not be able to play the game again until the following day's daily word.