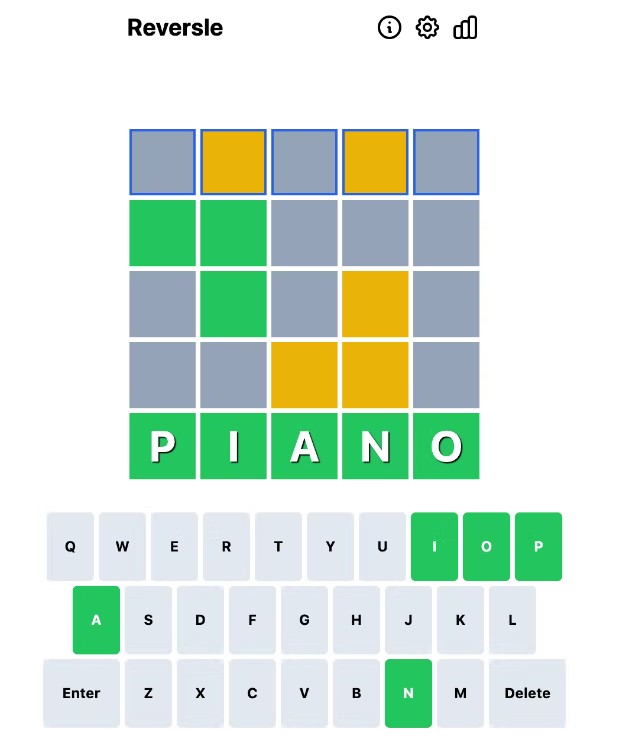 When you play Reversal, the solution to the puzzle is already in the grid when you start the game. The goal is to play the game as if you were tracing your steps backwards to find the answer.

Reverse is an everyday word game, like most Wordle variations, in which the challenge is to correctly guess the words. Players are forced to navigate around the grid's "fixed" yellow and green tiles in the rest of their path because the solution is already in place in the fifth row.

At the start of the game, a 5-letter word was revealed, and it's your job to decipher it as quickly as possible in four tries. The system keeps track of how long it takes you to solve each row, awarding you game points as you progress.

Reversle uses Wordle's familiar green, gray, and yellow feedback colors to indicate which letters need to be adjusted or removed from the final product. Instead of getting an immediate response to your typing, in-game hints appear as static colored tiles, and you must make educated guesses to match the yellow and green boxes that are in fixed positions.

Take a Wordle game and play it backwards. After four tries, you should be able to find the original 5-letter word.