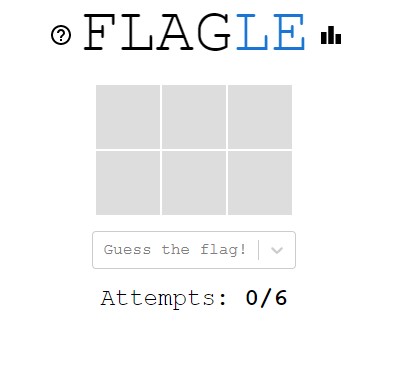 A new word variant called Flage, which functions in the same way as words but refers to a country's flag, was recently introduced. If you like games that push you to your limits, we think you'll enjoy the new online word board game that's been released. This is a daily game, and you are only allowed to play it once per day. Please leave your results in the comments section below, and we will check out what you have been up to! You have no more than six guesses to figure out which flag it is. Every time you make a guess, it will show you a different section of the flag and provide you with a geographical clue.
You may also be interested in some of our other interesting games, such as Antiwordle.

Find the hidden flag within the first six attempts. Following each guess, the pixel areas of the solution that overlap with the flag that was guessed will be shown. All of the flags have been shrunk down so that they have the same aspect ratio.