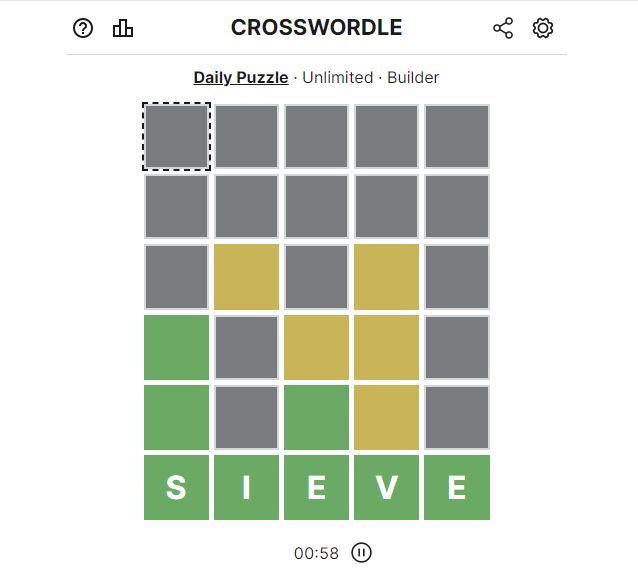 Wordle and Sudoku served as the inspiration for the game known as Crosswordle. This game is similar to Wordle, but it is played backwards. You have been given the answer, and in order to finish the puzzle, you need to enter five words that adhere to the color rules that govern the game.

The color of the cells indicates which letters can be placed in them, with the green cells representing the letter that is present in the answer in the same position as it appears in the green cells. Yellow can represent any other character in the solution as long as it is not in the same position as the solution itself. The letter that represents gray must be one that does not appear anywhere in the solution, and this includes the top row, the bottom row, or anywhere else in the grid.

Crosswordle is a straightforward hobby that has risen in popularity as a result of its ease of participationand the fact that the difficulty level can be reached with just a little bit of work each day. It is not necessary to download anything or install the game in order to play Crossword, which is a completely free word-guessing game. The crossword puzzle uses a grid format, and the objective is to solve the daily puzzle as quickly as possible while focusing all of your attention on doing so.

In addition, you can also refer to Flage!

Following each guess, the crosswords will take on a different hue.