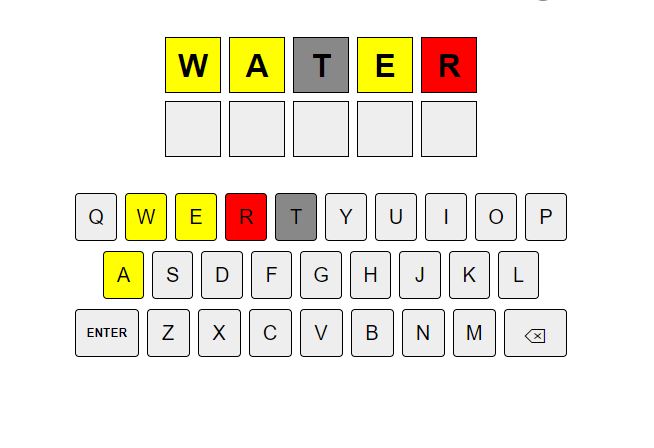 Antiwordle is a word guessing game quite similar to previous versions. As a challenge, one of the tasks in this game is to refrain from attempting to guess the daily word. The unique aspect of this game is that it hides any letters that you have already used, which compels you to try to rearrange them in the correct order. The fact that you have to guess the correct order of the words and try to put them in that order makes the game more challenging. Isn't it true that this game is quite difficult?

In addition to that, we also have a large selection of different word games, such as Wordhurdle, that you can refer to. Have some fun!